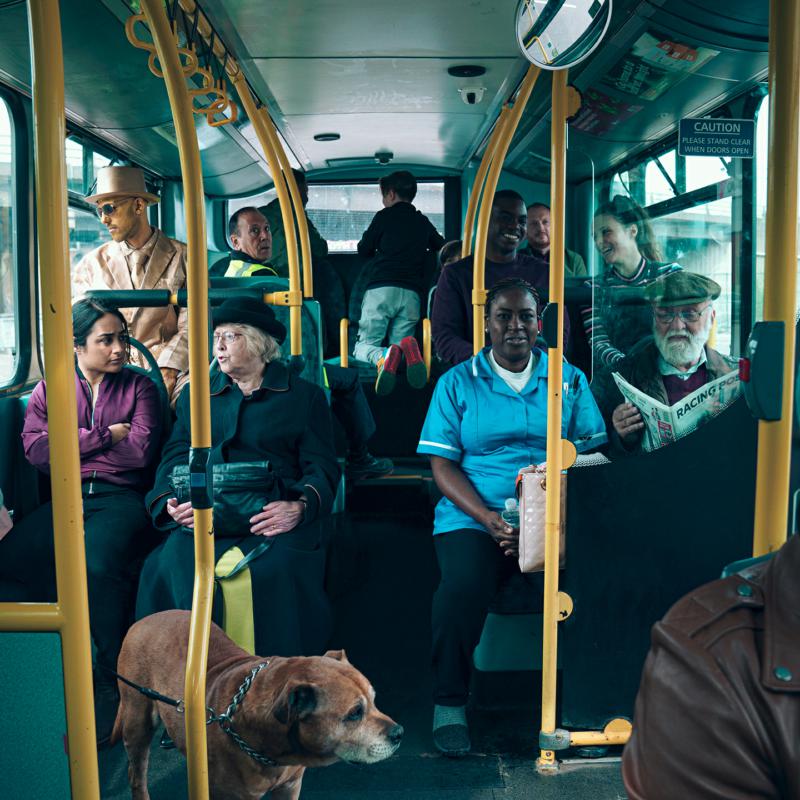 Album Review: The Reytons - Kids Off The Estate

“And they called them Reytons!” comes the rallying cry on ‘Kids Off The Estate’, the final track of The Reytons’ debut album of the same name. The line can be traced back to the band's 2017 K.O.T.E. EP, and having it round off this album makes it feel as if they’ve come full circle.
The Reytons have got the Northern working-class tales accompanied by the flavour of intense indie that made Arctic Monkeys so popular in the mid-2000s, but in all honesty it’s not the most original comparison one ... 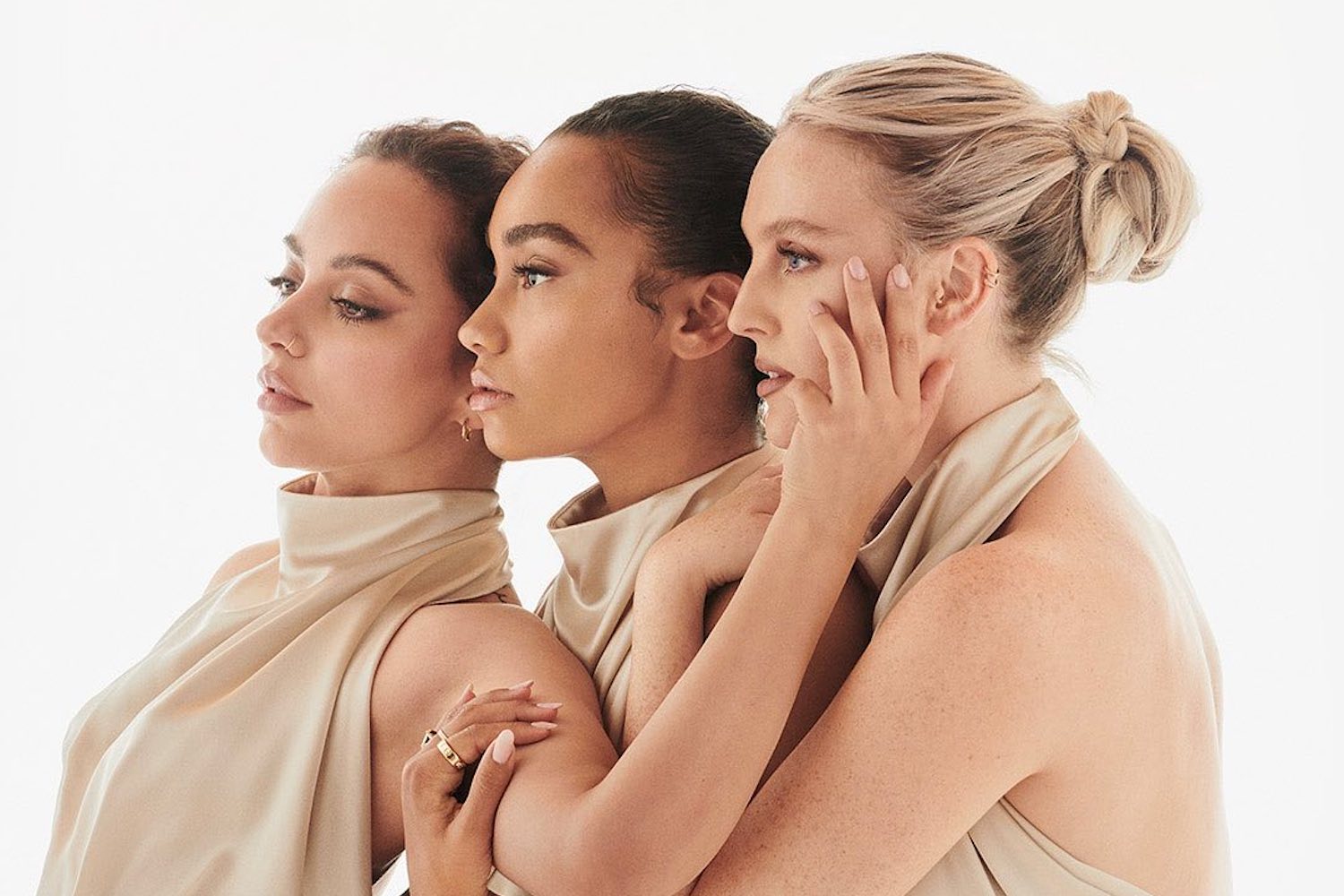 The rise + rise of Little Mix

How many talent show contestants make it to the stage where they can release a greatest hits album? Many will fade away, perhaps after a handful of moderately successful hits with diminishing returns, but Little Mix—who release their first greatest hits album Between Us on Friday(12 November)—are well and truly bucking the trend.
As a general rule, girl groups—and bands as a whole—have always had a pretty torrid time of things on The X Factor. The Conway Sisters finished sixth in the second s... 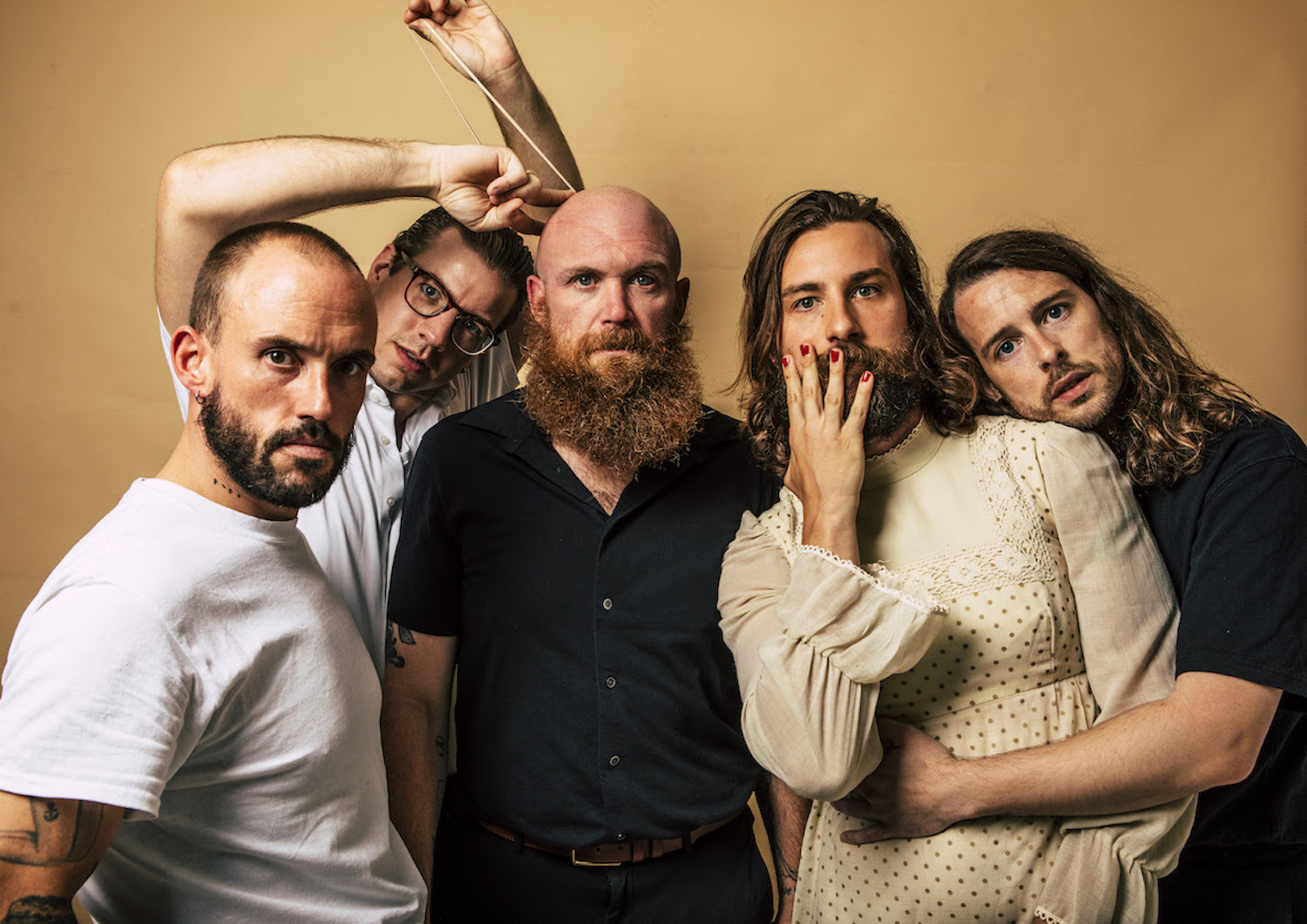 Over the latter part of the 2010s, IDLES rose from Bristol locals to one of the biggest bands in the UK, and the five-piece have been releasing new music at a relentless pace since dropping their 2017 debut Brutalism.
With their fourth album CRAWLER coming out this Friday (12 November), we thought we’d take a look at some of their more underrated tracks, from the earlier EPs right up to their more recent material. Here’s our starting XI...
‘The Idles Chant’
Okay, so this one is a favourite am... 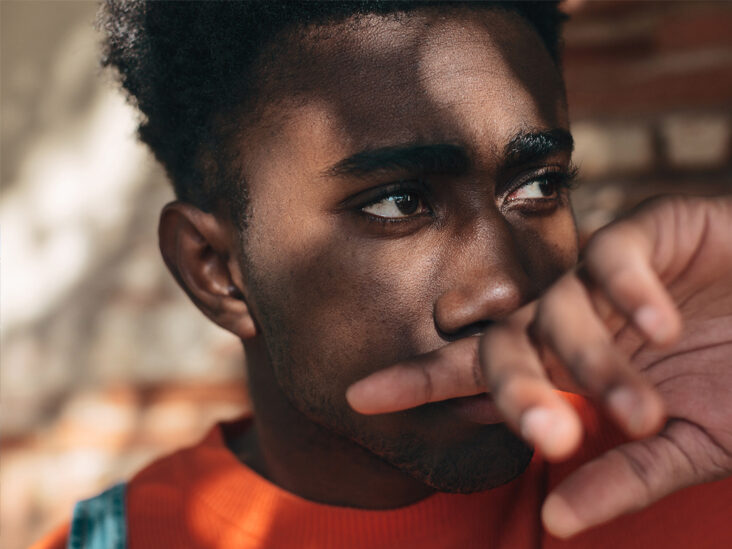 The Complete Guide to Mental Health Care for Men 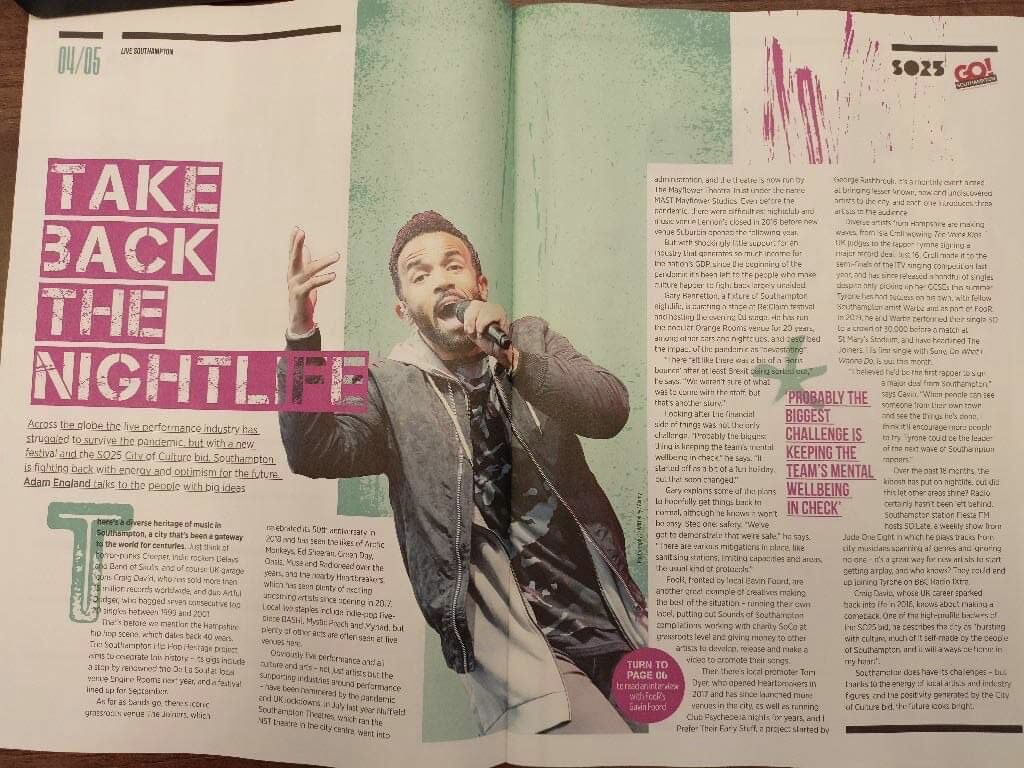 One FooR All // Take Back The Nightlife

A look at Southampton's nighttime economy and City of Culture 2025 bid and an interview with local collective FooR. 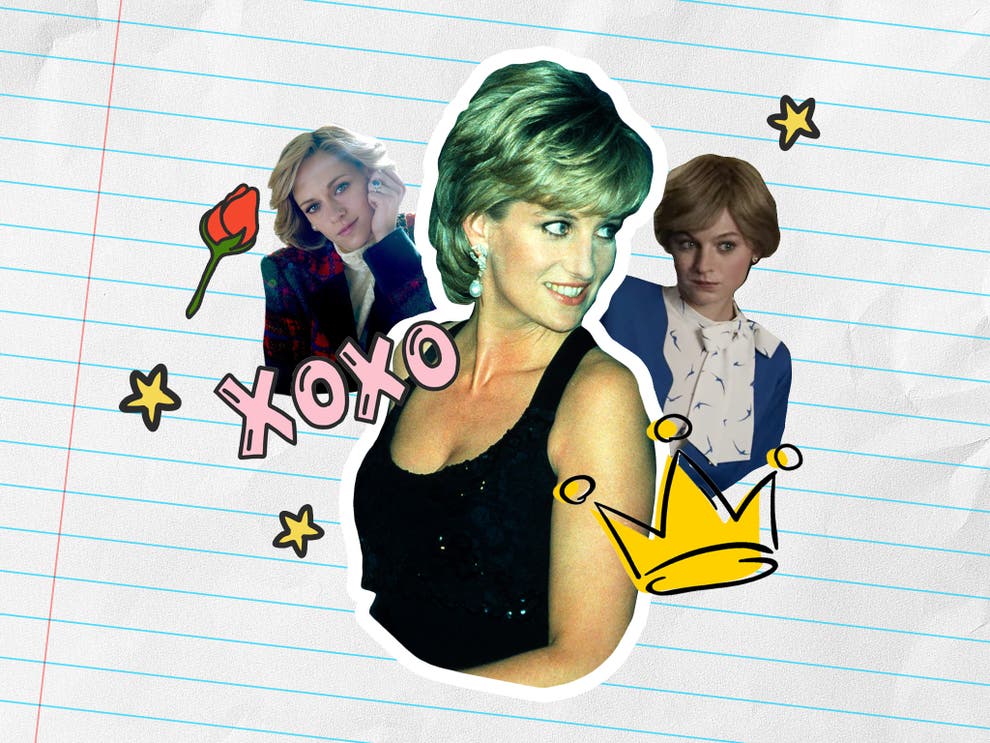 How Spencer, The Crown and the internet turned Princess Diana into a Gen-Z queen

Timeline dead?” asked one viral tweet in September. “Here’s a reminder that this trailer exists.” “Yeah her Oscar coming for real,” read another. “Wishing y’all a very happy ‘watch this trailer at least five times today’ day,” read one more. You might expect to see those kinds of tweets after a trailer drops for a Netflix movie, maybe one set in a high school, or perhaps starring a Gen-Z icon such as Zendaya. Not, as they were, in relation to Spencer, a historical drama about British royalty.... 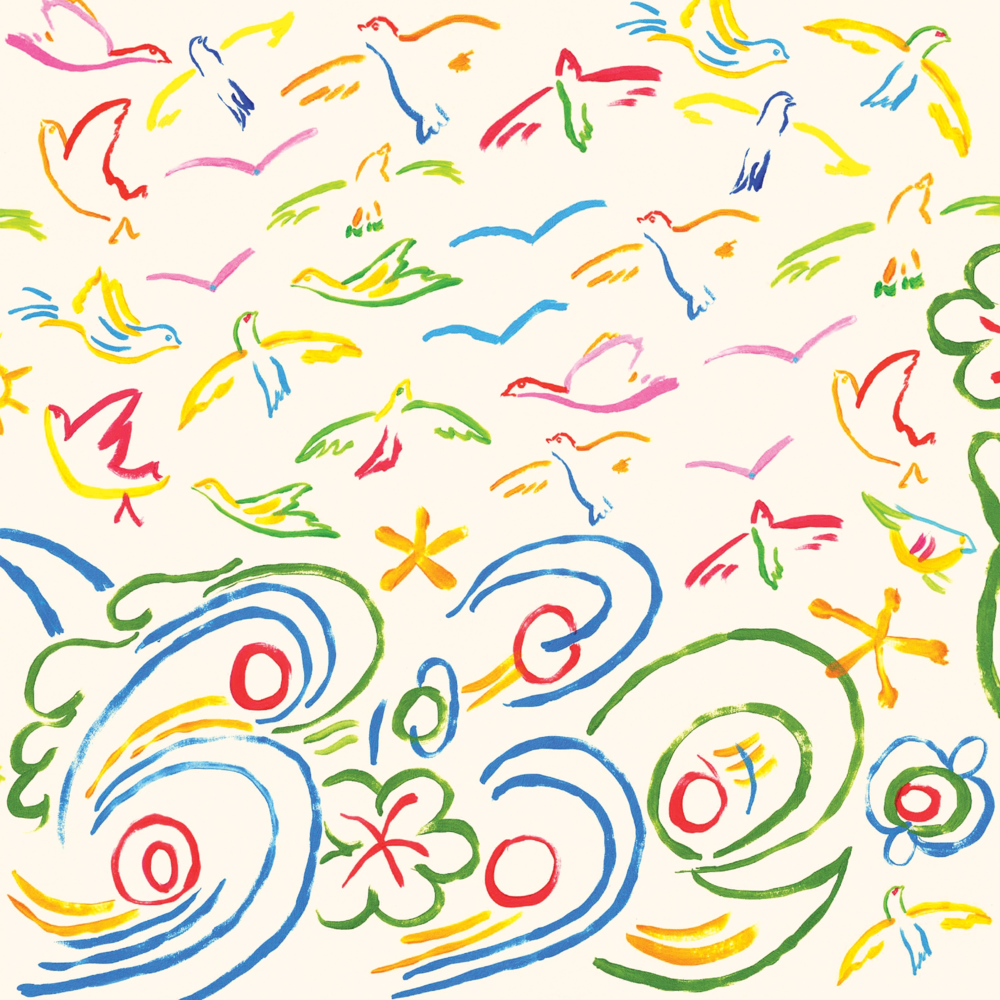 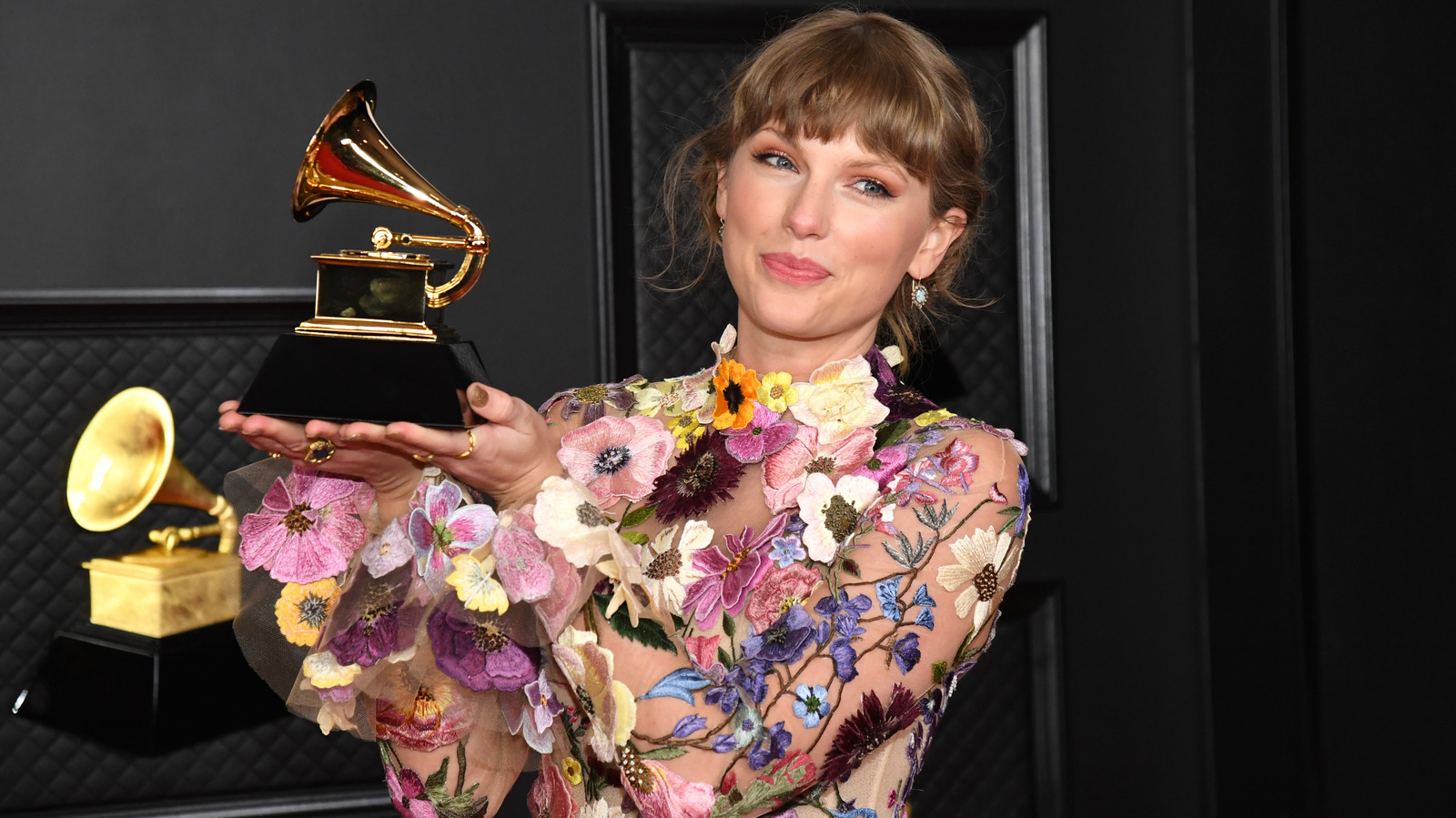 We saw plenty of great music in 2020, from Lady Gaga's "Chromatica" and Ariana Grande's "Positions" to unforgettable releases from Miley Cyrus, Haim, Halsey, and more — and that's without mentioning the two albums Taylor Swift blessed us with! It's fair to say that the albums of 2020 really helped us get through an often tricky and testing year. However, while 2021 has had plenty to live up to, it's not disappointed us so far. Already, there's been some killer music this year, and there's sti... 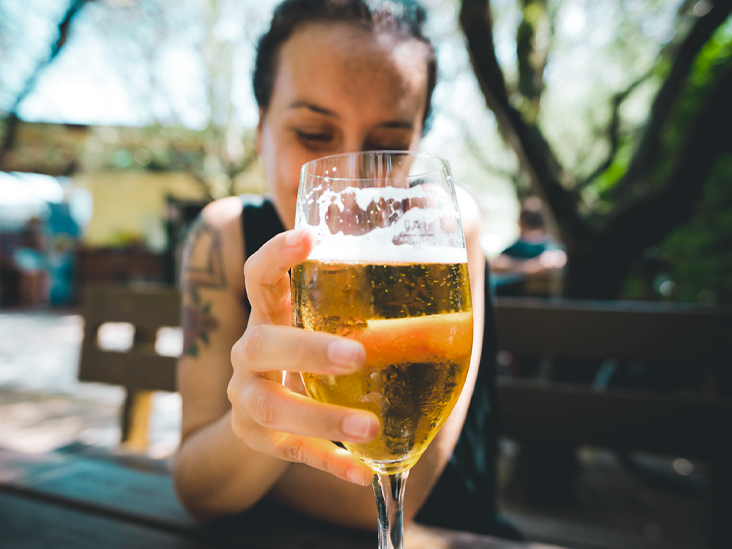 How Much Alcohol Can Kill You? It Depends

It’s tricky to know just how much alcohol can kill you. It might not be something you tend to think about when you’re relaxing with a few drinks and a few friends.
That said, it’s worth knowing your body’s limits and what to look for if alcohol poisoning is a worry.
However, there’s no straight answer to the question of how much alcohol can kill you. Everything from your age to what you ate earlier in the day can have an impact.
The effects of alcohol are felt a little differently from person... 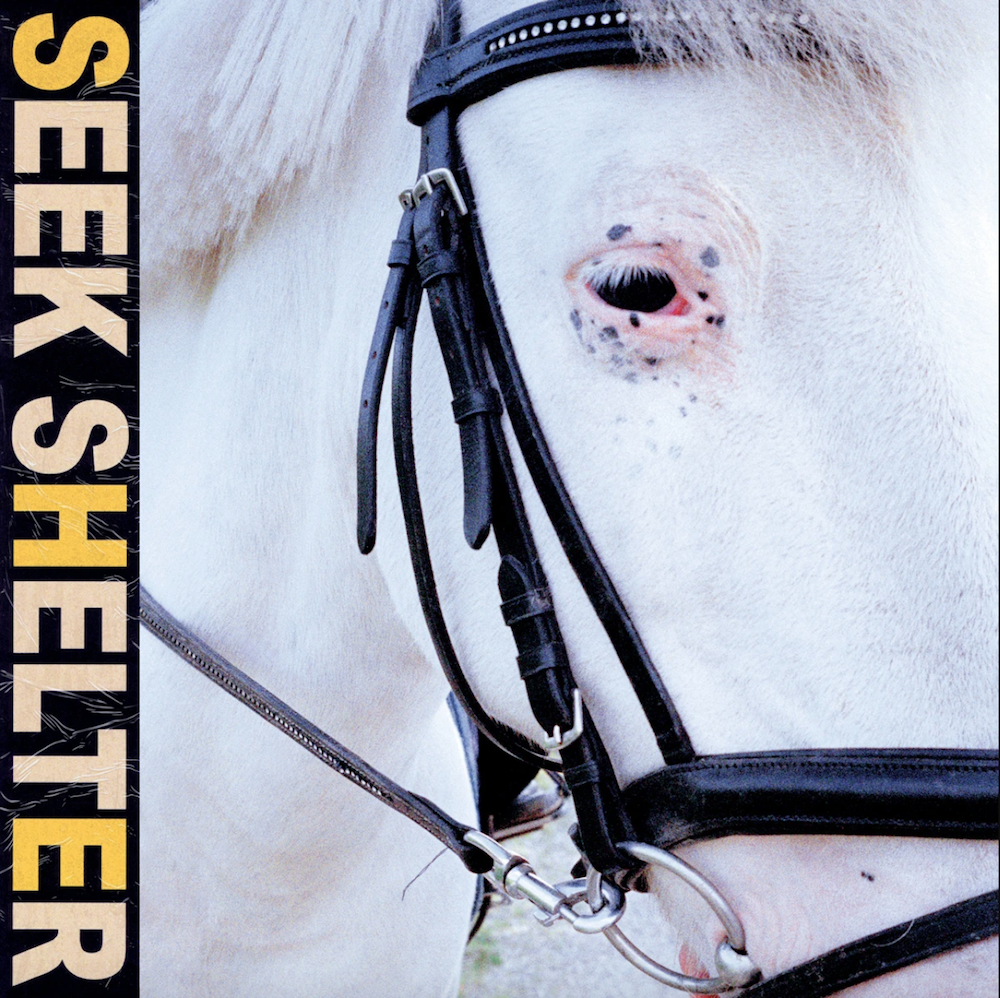 Iceage are back, and on their fifth album the Copenhagen band move further away from the heavier, more hardcore-adjacent sounds prevalent in their earlier work, continuing a progression visible on 2018’s critical success Beyondless.
Now a five-piece, bringing in another guitarist in the form of Casper Morilla Fernandez, they again eschew hardcore and no wave in favour of what might be described as post-punk with Britpop characteristics. The songs are longer, with only one clocking in before t... 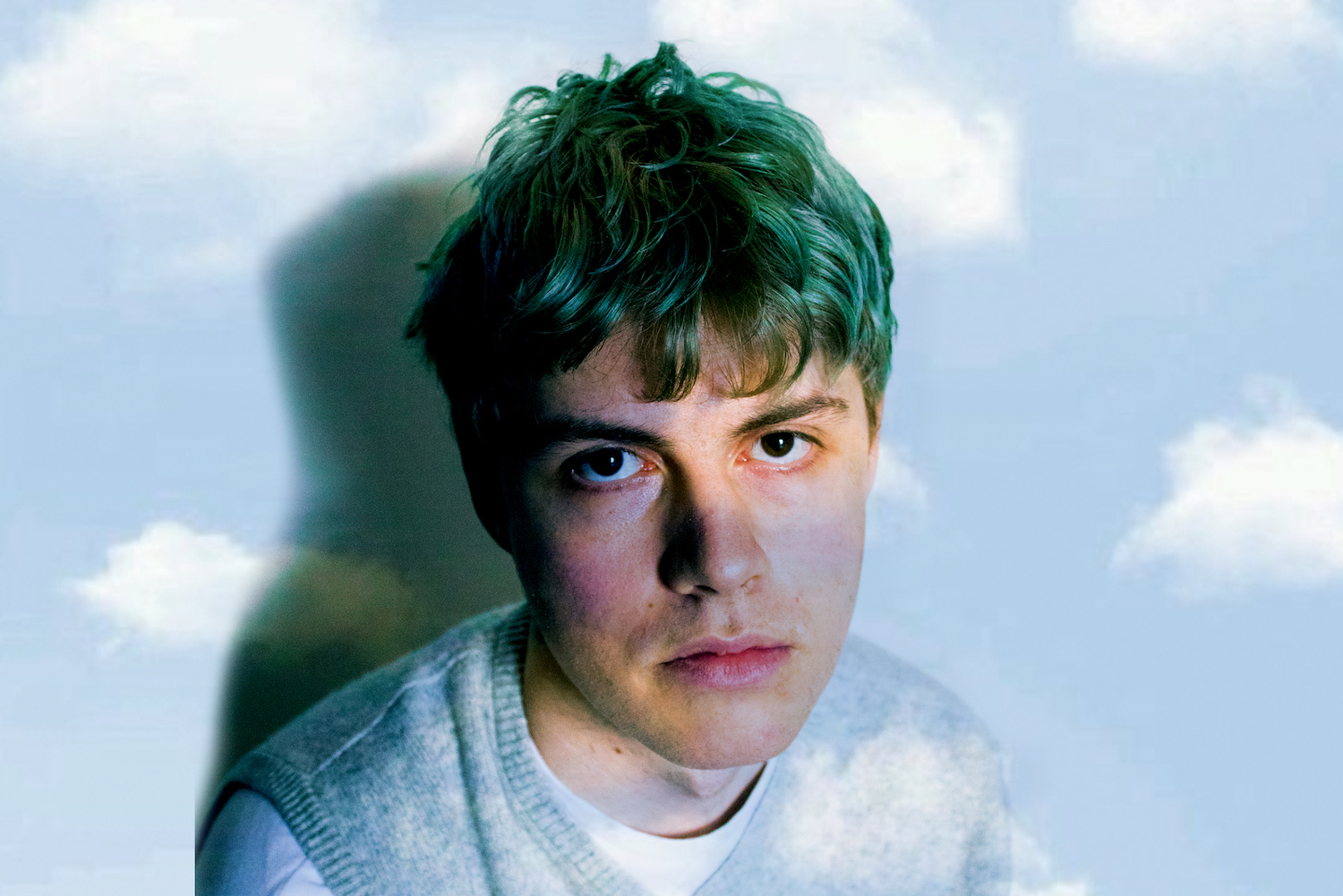 Call It Love (If You Want To) is coming this September
Following his debut single ‘Still’, which dropped in March, former Llovers frontman jak lvr has today returned with the follow up ‘Take a Ride’. It announces his debut EP Call It Love (If You Want To), which is set for release in September.
Another impressive single, ‘Take a Ride’ maintains lvr’s indie-pop sound, and it’s the sort of track that’s perfect for summer: warm-sounding and easy to listen to.
Reflecting the meaning of the song i... 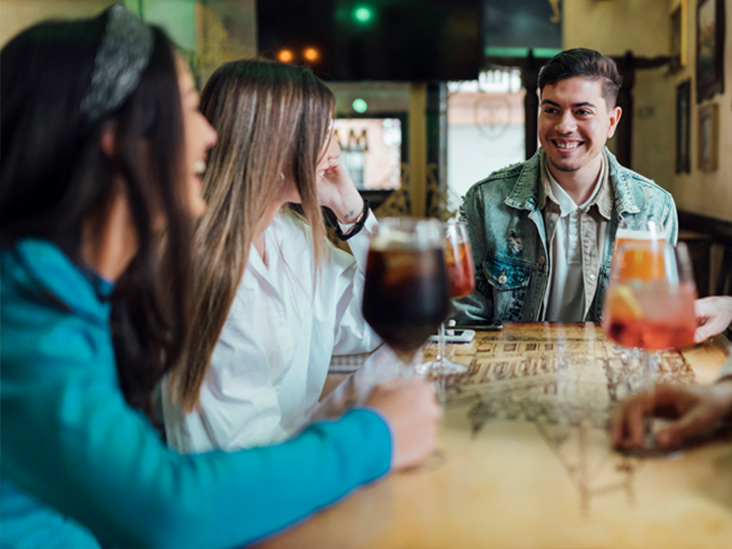 8 Ways to Turn Down Alcohol if You Aren’t Drinking

In a lot of circles, alcohol is a big part of the social scene. From college parties to weddings and simple get-togethers with friends, there’s often alcohol involved.
But what if you don’t drink?
Maybe you’re in recovery, or you’re just taking a break to see how it feels. Either way, you’re planning to get through the night alcohol-free.
Turning down alcohol can feel awkward, particularly if you’re hanging out with people who’ve seen you drink in the past.
Whether you’ve decided to go sober ... 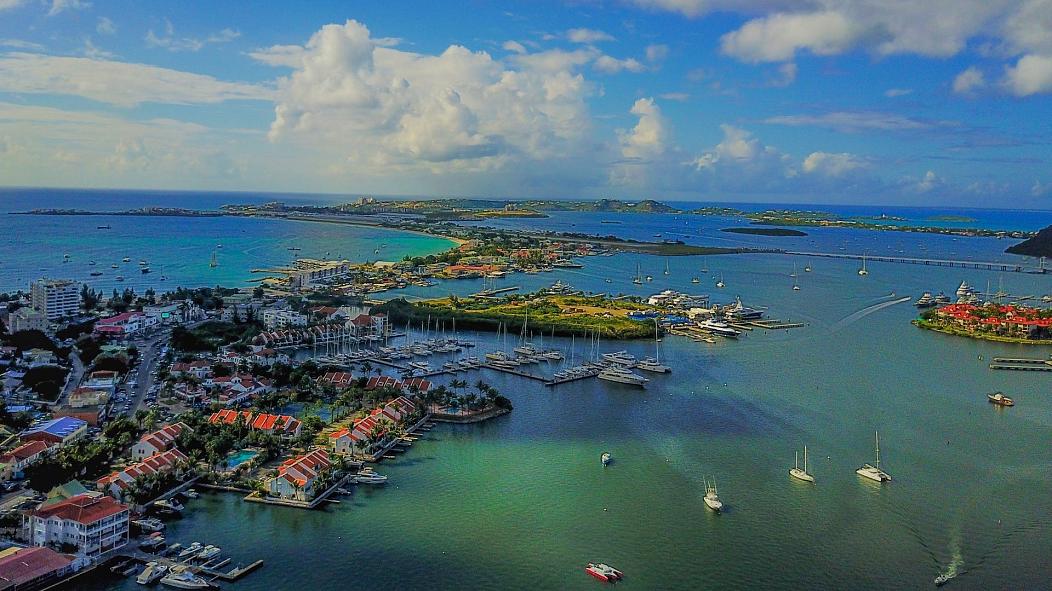 The 6 EU special territories to have on your travel radar

Millions of us take holidays in the European Union each year, with Paris, Milan and Barcelona among the top tourist destinations worldwide. While they are undoubtedly amazing cities, there are some equally dazzling destinations that seem to fly under the radar... 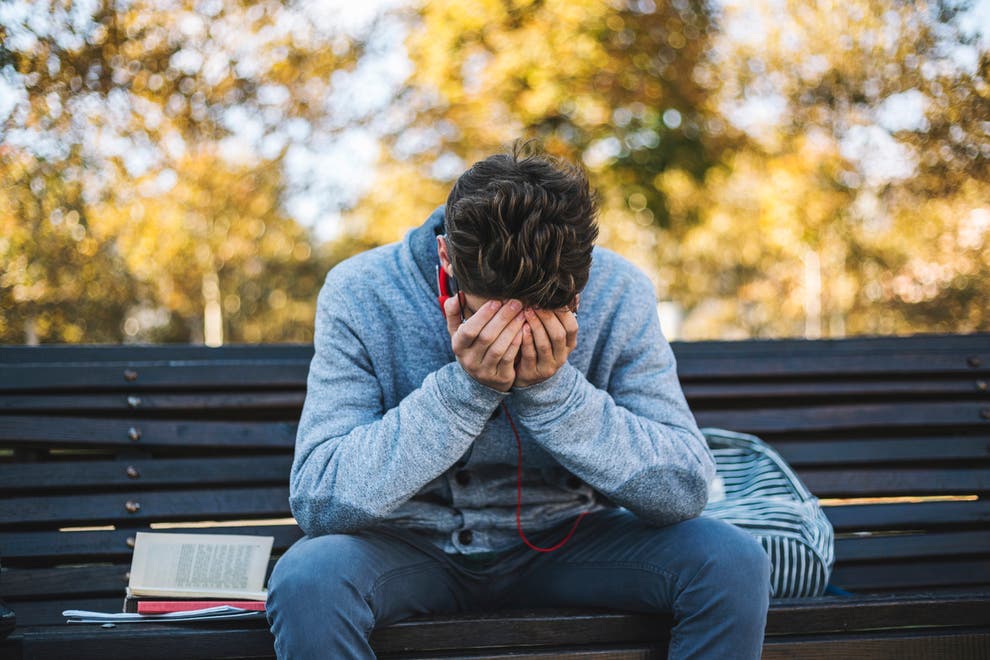 I’m off to university, but fear another lockdown could destroy my mental health

After taking a year away from education, I’m itching to begin my postgraduate degree – I accepted the formal offer just a few days ago.
I’d always intended to have a gap year of sorts between my undergraduate degree and master’s, but before the pandemic, I had a different idea of what my year away from education would entail.
I’ve been freelancing remotely during my break from education, and pre-Covid-19 I envisaged travelling around the UK to catch up with university friends, taking the occa... 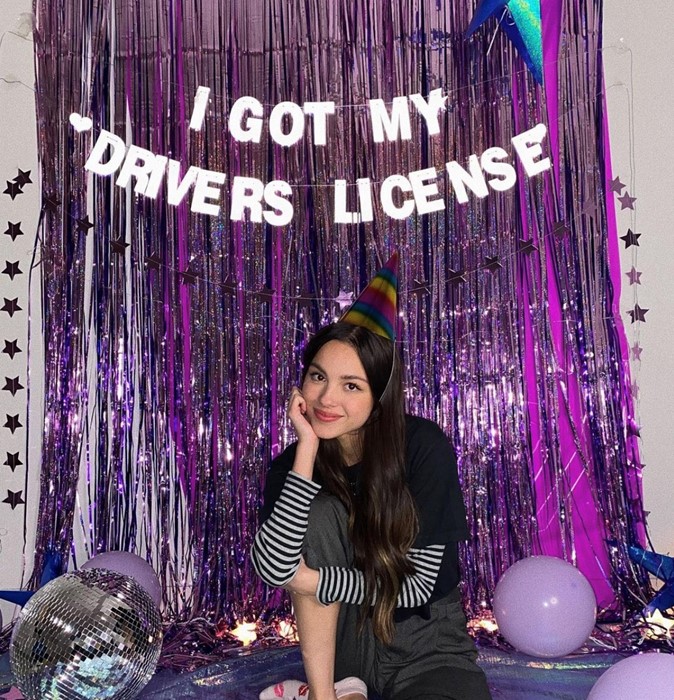 The 17-year-old’s debut ‘drivers license’ has become a modern pop phenomenon, with a rise compounded by Gen Z social media sensibility and widening avenues to teen stardom
“I say that’s my baby and I’m really proud,” Taylor Swift commented on Olivia Rodrigo’s Instagram, under a post celebrating Rodrigo’s juggernaut debut “drivers license”. For a 17-year-old at the beginning of their pop music career, this can feel like the gilded seal of approval. Just last month, Rodrigo was mostly known for...